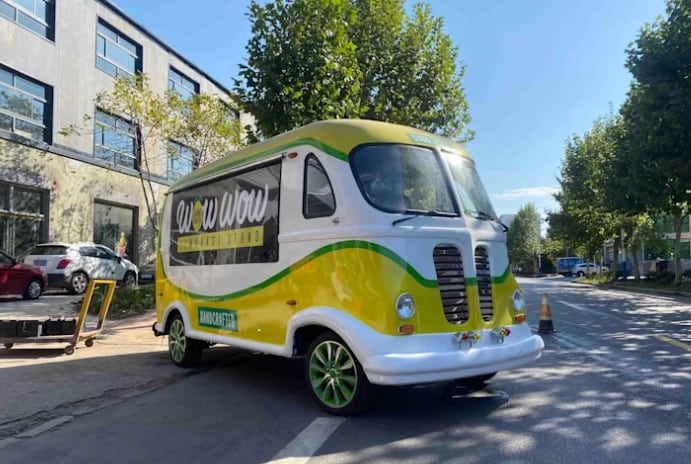 When it comes to owning and operating a franchise restaurant, there are a lot of variables to consider. There’s the matter of picking a brand that speaks to you, deciding how much you want to stick to the approved corporate blueprint and figuring out the scope of your territory.

But these decisions were perhaps a little bit easier for Andrew and Anju Lynn than they would be for other potential franchisees.

The couple knew they wanted to eventually operate a franchise business of their own. They looked at dozens of brands, but the right fit finally came when they discovered Wow Wow Hawaiian Lemonades, a craft lemonade, smoothie and acai bowl concept headquartered in Arizona.

The Lynns plan to open at least five locations of Wow Wow in southwest Florida, from Tampa all the way down to Venice. The first will be a Sarasota’s Fruitville Commons development, a new mixed-use center east of I-75 on Fruitville Road.

Being able to support local vendors was also very important, Anju said. Wow Wow corporate gives its franchisees a lot of freedom when it comes to suppliers.

“We wanted to buy lemons from down here and Sarasota honey. Supporting the local community is a big part of it for us. We love everything about this area,” she said.

The main event at Wow Wow, is, of course, lemonade. “Craft” lemonade flavors include lavender blackberry, watermelon basil, pina colada, mango pineapple, a classic blend and others. They start at $3.75 for a 16-ounce drink. Customers who want to make theirs frozen will have to pay an extra dollar, and the option to make it a flight of three different eight-ounce flavors for $6 is also available.

The menu also features coffees, teas, superfood raw smoothies, toasts and acai bowls – Anju said she’d put up their acai bowl next to any other made in town. Profits are made based on low overall costs – while they do pay a little extra for organic cane sugar, lemons don’t cost a lot, Anju said.

All this said, they’re not yet open at Fruitville Commons. Opening day depends on how the Sarasota County permitting process goes, Anju said. But assuming they get their permit by early next month, they could be open by March or April.

For now, they’re selling 300-400 lemonades a week at the Sunday farmers market in Lakewood Ranch. They’ll also be debuting a truck outside their future store location the week of Jan. 31, in order to give customers a taste of what they have to offer before opening day.

The Lynns plan to operate up to five Wow Wow locations while still working at their marketing company. Their eleven years of experience on that side of things has helped boost their acumen as franchisees, Anju said.

“In the last 11 years working on the supply side, we’ve learned what drives franchisor to make decisions and what drives franchisee to be successful,” she said. “I feel like a lot of people open franchises and they think it’s easy – boom you have a store, boom you have a business. But a lot more goes into it. Knowing that has made it easier for us. Our eyes are wide open going to this.”